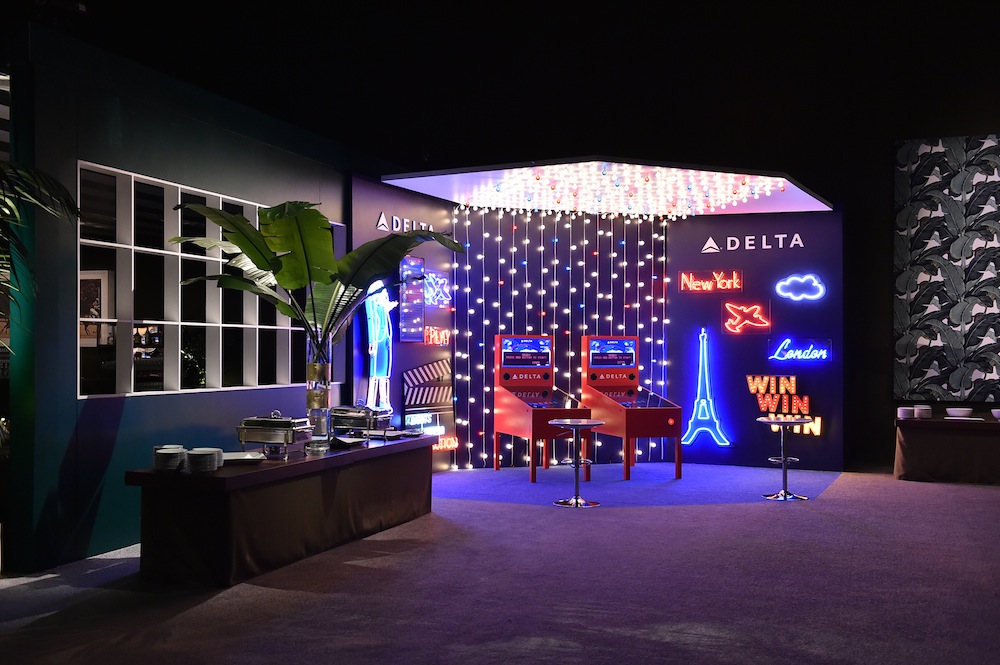 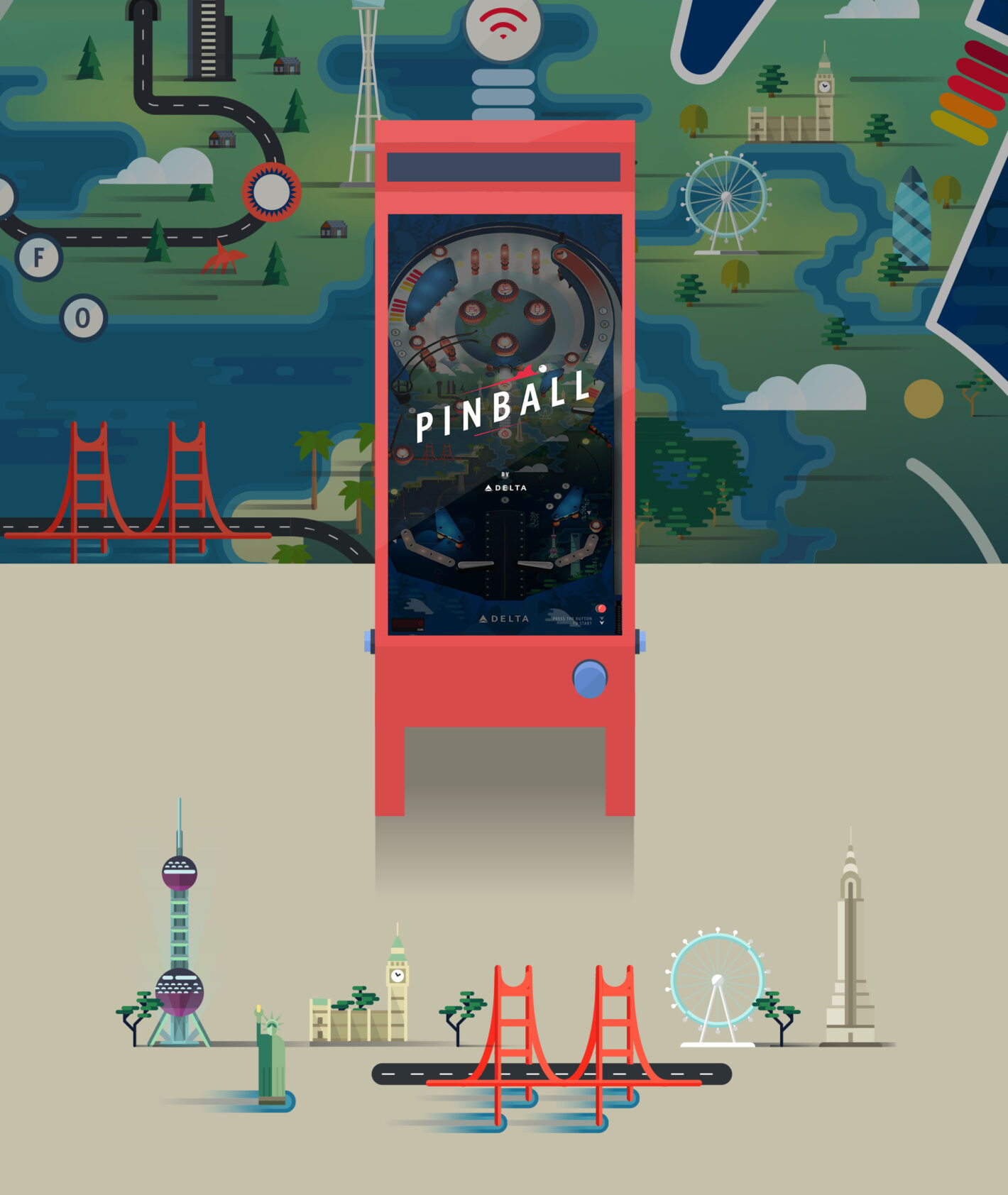 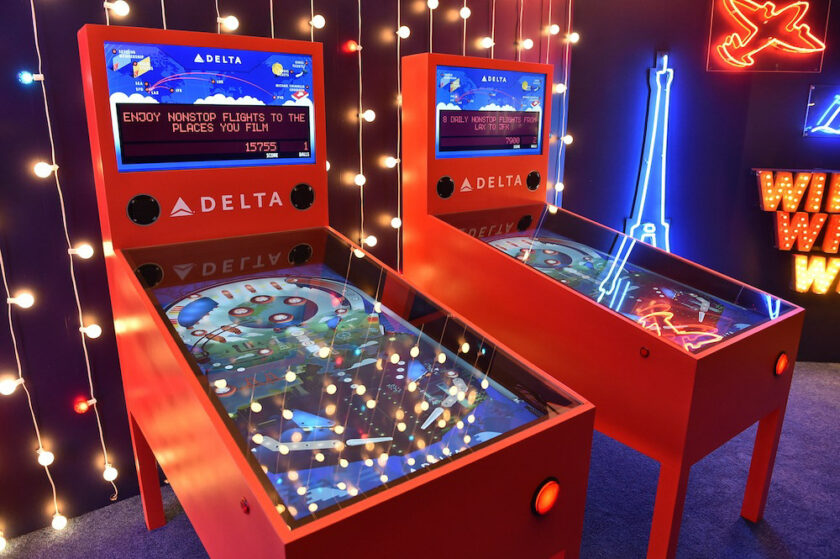 We created giant interactive pinball machines using physical buttons and using a 55-inch screen, embedded in the table, to display the game.

We designed the interface in 3D to perfectly simulate the perspective of a real pinball game. Using a screen allowed us to display several special effects, while promoting Delta’s services and destinations (WIFI on flights, first class beds, departures for Shanghai, London, Seattle, New York and San Francisco, which were all illustrated in the game), and allow players to win instant prizes.

To add to the realism of the experience, we integrated vibrating motors in the machine. These were activated each time the ball hit an element in the game. In addition, we used real sounds associated with the airline (captain’s voice, sounds of the buckle set, etc.) to reinforce the link between the game and Delta. 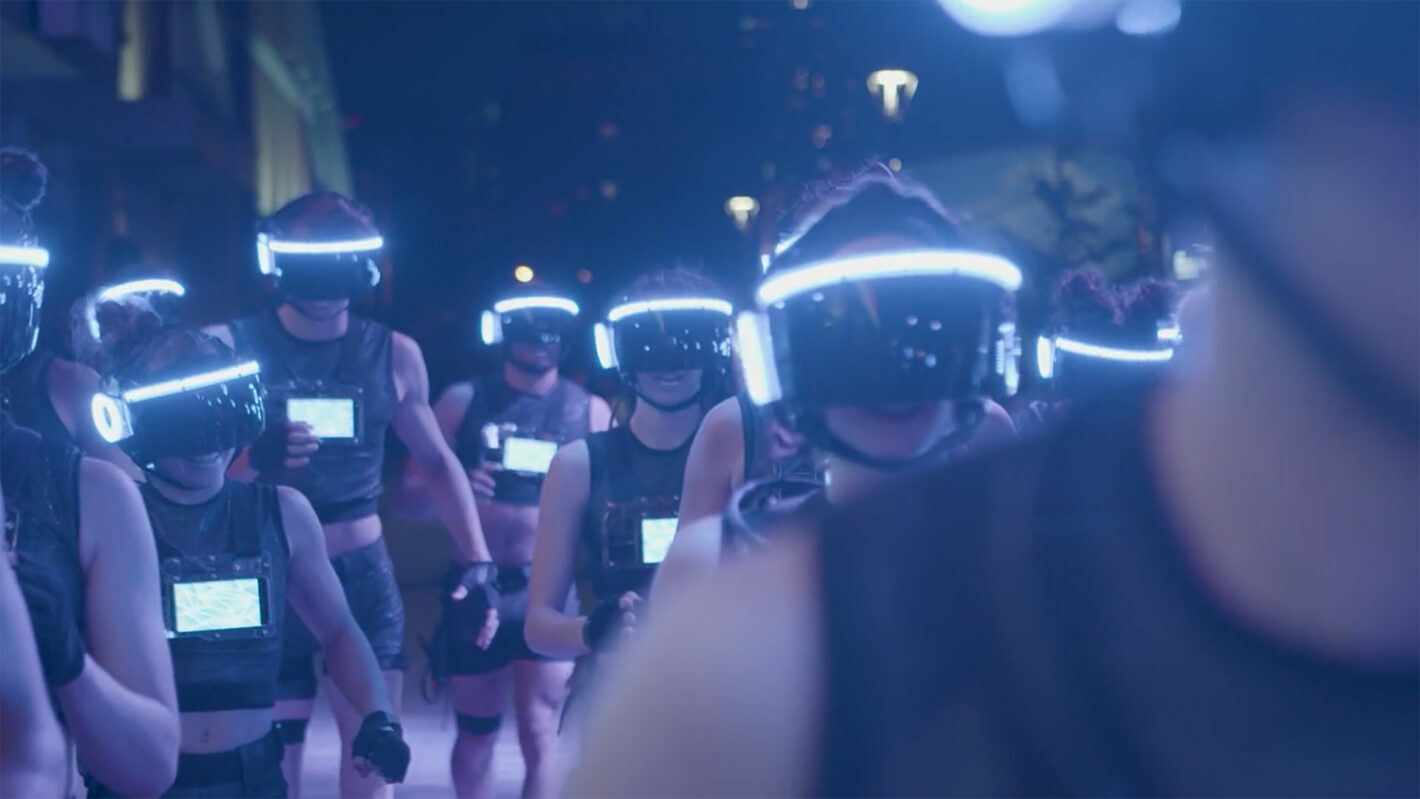 When the Crowd Becomes Circus